48 Stunden Neukölln may be taking over most calendars this weekend but another event – one equally worthy of applause  for its focus on cultural engagement with urban space and difference – is the All Nations Festival: an open house to many of the city’s embassies, consulates, and cultural centers.

The theme for this year is “superstition”, i.e. the differences between perceptions of what is good or mystical in one culture and bad, scary, even ugly, in another. Think of the practice of shaking hands in one setting, or bowing and refusing a hand in another. Myth and norms surround both exercises of the typical greeting ritual, though we often are not aware of the reasons why such habits exist in the first place, which stories or beliefs surround them. This is one day to find out in action!

An intercultural journey through a program of free food (eating with hands or seated on the floor is to be expected), dance, martial arts, calligraphy workshops, language sessions, and surprise performances awaits those ready to hop from site to site with the festival’s passport in hand. These free passes are available at tourist offices or at participating centers on the day of the event. For those over-achievers among us, the opening ceremony will be at the Korean Cultural Center at 11 am, likely featuring a delicious breakfast as has been the tradition for past festivals (something a bit snazzier than your typical Brötchen smorgasbord, I presume). 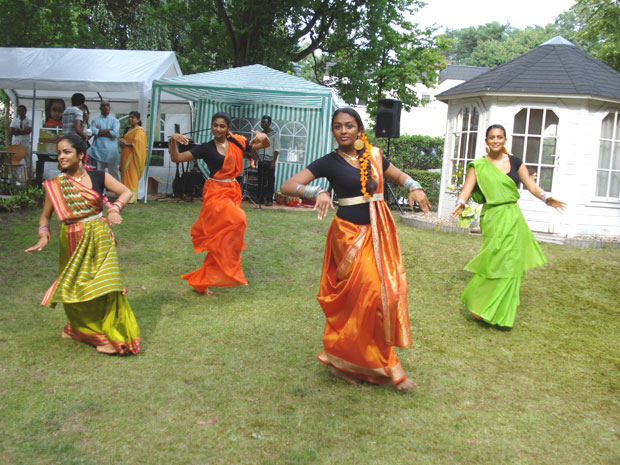 A downloadable map of all participating locations can be found here. This year’s participating countries are as follows: Afghanistan, Ethiopia, Bolivia, China, Guinea-Bissau, Indonesia, Iraq, Yemen, Korea, Malawi, Malaysia, Malta, Nepal, Palestine, South Sudan, Chad, Venezuela (and the Konrad-Adenauer Stiftung). It is no coincidence that many of the countries registered have faced bad press as of late, popular generalizations, or just plain old international misunderstanding. They want to open their doors and share a different lens, open up about what they find scary or good in the world, and do it with their neighbors and co-residents of the city.

My only question is, where you at United States?! Let it not be forgotten that cultural diplomacy is more powerful than wiretapping one’s neighbors. At a time when America might just be boiled down to twinkies, Budlight, and the CIA in the media, showing up for an event that supports interculturalism and multiculturalism – something America is supposed to be “good” at – might not be such a bad idea. But then again, most of the other G-20 countries are no where to be found, so perhaps the message is louder if the room is, well, smaller 🙂